Skip to content
HomeThe words we use for each other

Someone invented the term “microaggressions” for the tiny things other people do that make it harder, day by day, to live as yourself. They don’t mean much to the perpetrator but once you’ve experienced 20 of them in a day, they sure as heck mean something to you.

A recent study of language and personality on Facebook (HT Eric Crampton) reveals a few gender-related microaggressions to a startling degree. From an analysis of posts by 75,000 volunteers, the authors came up with these gendered word clouds: 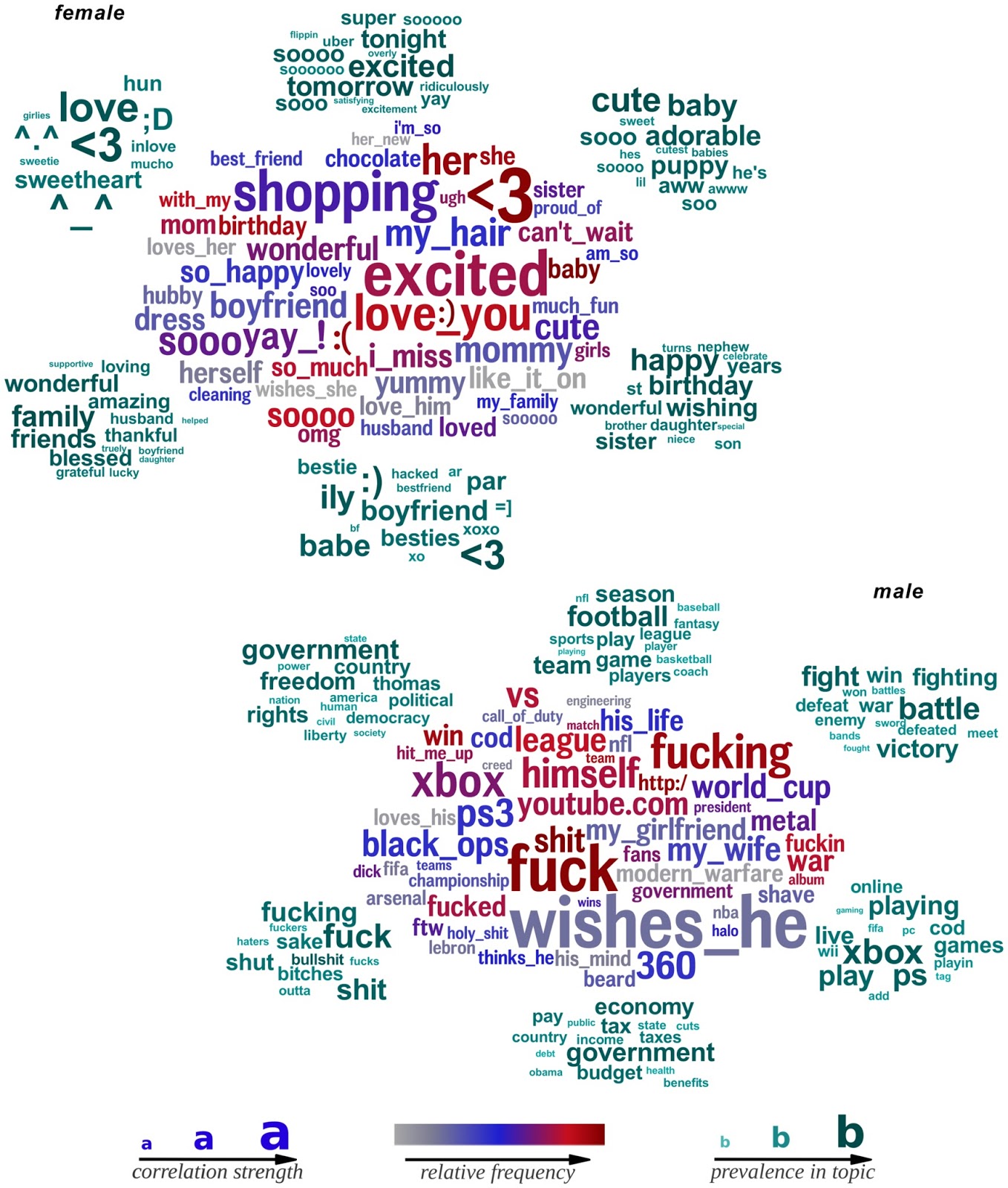 At first glance this is astonishingly stereotypical. Women on Facebook talk about babies, puppies, shopping, friends, and how “blessed” they are. Men on Facebook talk about football, war, government, Xbox, and freedom. This bland conformity to gender stereotypes almost certainly springs from people’s desire to present to Facebook friends as successful along whatever dimension is important to them. Such is social media.

But look closer: what words are the two groups using to describe each other?

Men’s words for women
My girlfriend
My wife
Bitches

And there it is, the microaggression: women are either the property of men, or they’re bitches. Nothing else.

The researchers note the possession in their abstract (but leave the casual verbal violence, presumably, for the full paper):

Eric also notes the disproportionate use of violent language among men.

I’ll add that the nearest thing to a swear in the female cloud is “flippin”.

Are there likely to be selection issues here? Probably. The study participants were volunteers; maybe people who usually post stereotypical material are more comfortable volunteering for something like this than people making less conventional posts. Or maybe the volunteers altered their posts, consciously or not, to look more mainstream after they had volunteered. Either of those factors would reduce the diversity of language used in the sample and possibly make the results look more significant than they should be. Also, it’s difficult to assess relative significance from the word clouds – maybe the differences aren’t as large as they look.

On the face of it, though, it certainly looks as if this sample of 75,000 was made up of husbands and boyfriends, sons and brothers; the women who belong to them; and bitches.